Microbial  fixation of atmospheric nitrogen in the concept of sustainable agriculture

Under natural conditions, the circulation of nitrogen and other nutrients is closely linked to the microbiological activity of various soil micro-organisms. The ability of many types of beneficial bacteria and fungi to break down organic matter makes it easier for plants to absorb many of the nutrients essential for their growth. In the case of the most important plant nutrient, nitrogen, easily decomposable compounds, i.e. mainly plant and animal proteins and pectin, are broken down into amino acids and peptides (proteolysis), which in turn leads to the formation of ammonia and ammonium salts (ammonification). These are then transformed by nitrifying bacteria (nitrification) into the nitrate form, which is the most readily accepted form of nitrogen by many plants, in particular annual plants, which include a large number of crop species. However, the requirements of perennial plants, especially woody plants, are somewhat different; for many of them the slower-absorbing ammonium form is often the preferred one.

In the case of compounds that are more difficult to decompose, such as lignin, cellulose or hemicellulose, the soil micro-organisms create a unique organic-mineral combination, humus, as a consequence of various transformations. Its importance in the soil environment cannot be underestimated. It facilitates the absorption of nutrients, reduces leaching of nutrients from the root system, reduces stress due to unfavourable weather conditions for plants and has the ability to store water. Moreover, humus is a long-term source of nutrients for plants as it also undergoes a process of mineralisation. Thus, it is largely through the activity of many bacteria that plants can be supplied with nutrients. This can happen quite quickly as a result of mineralisation, but also in the long term as a result of the processes involved in the formation of humus.

However, among the numerous soil bacteria, there is a rather special group that has the unique ability to fix atmospheric nitrogen from the air. Among all microorganisms, the number of these so-called N2 assimilators is estimated at around 10%. This is a very important group of microorganisms, given that every hectare of soil contains about 80,000 tonnes of unavailable atmospheric nitrogen. These bacteria do not release nitrogen into the environment in any particular way. The process of its fixation takes place during bacterial reproduction. It is known that, like any organism on earth, bacteria need to synthesise proteins. To produce proteins, they use carbon available from decaying organic debris. Meanwhile, they obtain nitrogen in a unique way, thanks to the enzyme nitrogenase, from the air. In this way, the rapidly proliferating bacteria, after dying, leave behind substantial quantities of proteins, which are also subject to microbiological transformations that lead to the presence of readily available nitrogen in the soil environment. The capacity of nitrogen-fixing bacteria is high. It is assumed that they are able to fix between 5 and 50 kg N/ha. There are also isolated reports of nitrogen fixation levels as high as 60 kg/ha. On average, however, it is assumed that these bacteria can fix approximately 15-25 kg N/ha per year. Before the introduction of mineral fertilisers, which took place in the 1960s, the natural properties of nitrogen-fixing bacteria were the primary source of this nutrient for plants. Not only this, as many species of nitrogen-fixing bacteria also have the ability to convert phosphorus into easily available forms. This is also, at least in part, related to the reproduction of bacteria which need phosphorus to produce nucleic acids. The ability of certain bacteria, such as those of the genus Azotobacter, to increase the availability of phosphorus is also linked to a stimulating effect on the root system of plants. It is well known that the more developed the root system, the greater the ability of roots to penetrate the soil and thus the better uptake of phosphorus, which is an element with very little mobility. Phosphorus is only taken up by the roots if it is in their immediate vicinity.

In agricultural production, the successive increase in mineral fertilisation of plants, in particular with nitrogen, has proved to be quite deceptive in the long term. Increased nitrogen fertilisation, consequently, also resulted in a much higher demand for hardly available phosphorus and other macro- and microelements. Paradoxically, it turned out that “artificial” fertilisation increased yields despite the successive weakening of “soil health”. This phenomenon, which had not been properly perceived for many years, led to a decline in the profitability of production, as well as to such obvious consequences as the surface run-off of fertilisers leading to the phenomenon of water eutrophication. Against this background, increasing attention is now being paid to natural soil processes for efficient nitrogen management, including the specific role of soil microorganisms, including naturally occurring bacteria capable of fixing atmospheric nitrogen.

Among the most important types of soil bacteria used in practice are species of the genera Azotobacter, Clostridium and Arthrobacter. For a long time, it was mainly the aerobic bacteria of the genus Azotobacter and the anaerobic bacteria of the genus Clostridium that were considered to be the organisms determining nitrogen growth in the soil. Nowadays it is increasingly accepted that Arthrobacter and Aerobacter are more important. These are so-called oligonitrophiles, i.e. organisms that are not very demanding in terms of nitrogen nutrition, presumably precisely because they can assimilate this nutrient from the atmosphere. Bacteria of the genus Arthrobacter are found in soils of various geographical locations and show almost extreme resistance to drying out and the scarcity of food sources. They are particularly important in supporting the growth and development of plants growing in unfavourable conditions. They have the ability to produce siderophores and chelate many microelements and trace elements in divalent and trivalent forms into stable complexes. Due to their nutritional versatility, they can even select herbicides and other pesticides as carbon sources, which can be used to speed up the breakdown of certain types of organic plant protection products.

The well-known and extensively studied species of the genus Azotobacter do occur naturally in soils, although in Poland they are found in only 50% of soils. This is largely due to their acidic reaction. In addition, these bacteria are sensitive to the presence of high doses of nitrogen, as well as to excess oxygen caused by excessive soil uplift. They thrive in soils rich in organic matter. In studies carried out worldwide, their addition in the form of commercial preparations has been shown to have a beneficial effect on yields even in soils that are naturally less favourable for their development. It is possible that the long-term impact of unfavourable environmental conditions is more important for natural populations of these bacteria than their seasonal effect associated with the supply of bacteria in the form of commercial products even in environments less favourable for their development. For example, a very beneficial effect has been shown when used to treat cereal seeds for sowing on light soils under severe nitrogen deficiency. Seed treatment with Azotobacter stimulates the uptake of nitrogen and phosphorus and some micronutrients, mainly zinc (Zn) and iron (Fe). In a study, the simultaneous application of Azotobacter and manure had a very significant effect on the increase in maize biomass. In oilseed rape, the application of Azotobacter can increase the leaf area index on average by 3.5% at the rosette stage. Very large increases after its application were observed in potato production (33 – 38%) and the application of Azotobacter together with organic fertilisation at a spreading rate of 50% of the mineral fertiliser dose had a very significant effect on the yield increase in sunflower. Very good effects were also obtained in vegetable protection. In particular, their effect on increasing the yield of early harvested cabbage, cauliflower, tomato and lettuce was demonstrated.

The use of atmospheric nitrogen-fixing bacteria should be an important part of modern horticultural production in line with the Green Deal. It is here, and in particular in the sustainable agriculture policy which is part of this concept, that the requirement for balanced plant nutrition through the use of the environment’s natural nutrient resources is emphasized, allowing the use of mineral fertilizers to be kept to a minimum, but not to the extent that crop productivity is diminished. The active fixation of atmospheric nitrogen by N2-fixing bacteria, as well as their stimulating properties on root system development, can ensure efficient plant management of reduced mineral fertiliser rates.

The Bio-Lider company has in its portfolio a preparation that uses the properties of bacteria fixing atmospheric nitrogen. It is a product created on the basis of a unique process of bacterial multiplication, consisting of free-living isolates of bacteria from the genera Azotobacter and Arthrobacter with a high concentration of not less than 1x109jtk/g. AzotoPower at a dose of 100 g/ha using 200-400 l of water can be applied as a pre-sowing soil spray in agricultural crops and before sowing or planting crops in vegetable production. It may also be applied as a foliar spray after the start of vegetation in field crops (e.g. after sowing, after emergence, in the tillering phase) as well as in vegetable crops at any stage of active growth. In orchard crops, on the other hand, the product can be applied as a spray in the herbicide belt. AzotoPower is also applied to post-harvest residues together with RewitalPRO, which is well-known on the market for many years.

Microbial  fixation of atmospheric nitrogen in the concept of sustainable agriculture Under natural conditions, the circulation of nitrogen and other nutrients is closely linked to the microbiological activity of various soil micro-organisms. The ability of many types of beneficial bacteria and fungi to break down organic matter makes it easier for plants to absorb many […]

END_OF_DOCUMENT_TOKEN_TO_BE_REPLACED

BIO-LIDER – A NEW PLAYER ON THE BIOTECHNOLOGY MARKET

Bio-Lider is a biotechnology company operating in the broadly defined agro sector. Thanks to the establishment of strategic cooperation with Bio-Gen, it will begin distribution of hitherto available products under a new, joint brand: Bio-Lider naturally with Bio-Gen. The portfolio consists of thirty preparations and is systematically expanded as a result of ongoing research work. […]

END_OF_DOCUMENT_TOKEN_TO_BE_REPLACED 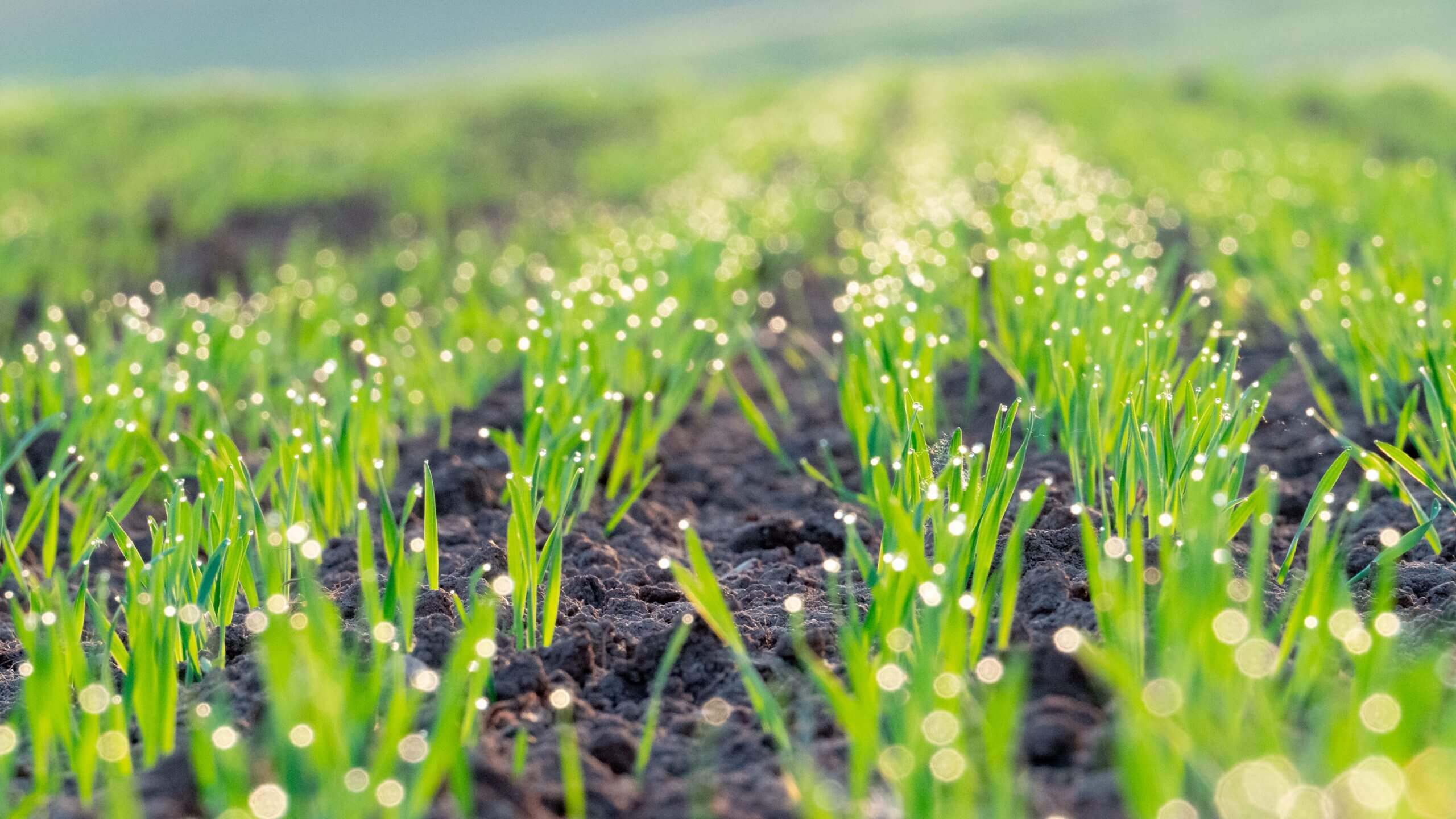 Maize is a very special crop. Due to its tropical origin and its different carbon assimilation cycle (C4), it requires an adequate amount of heat and light practically throughout the growing season. As a result of appropriate selection and subsequent breeding, cultivars adapted to temperate or even cooler climatic zones have been developed, but it […]