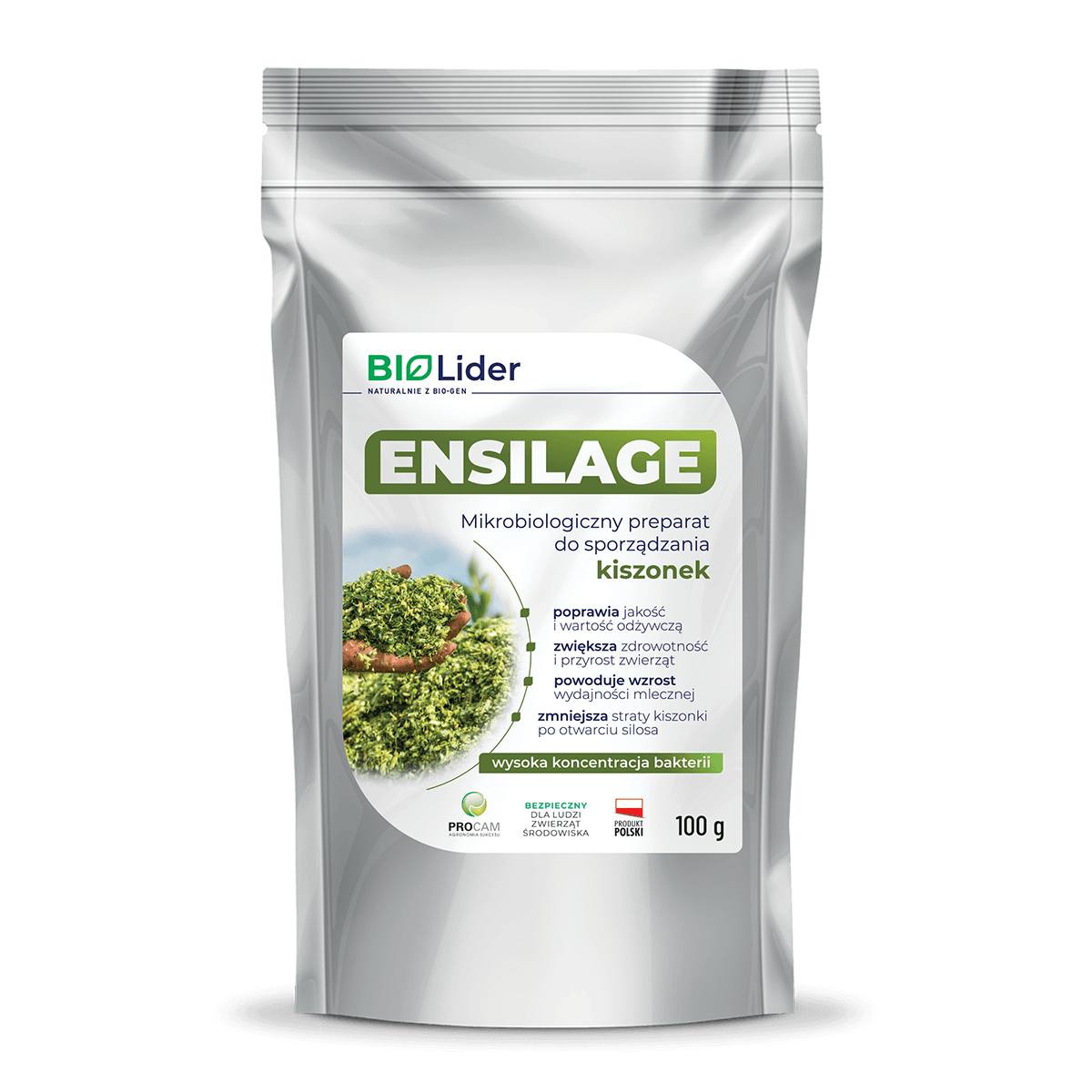 The application of the preparation improves the quality and nutritive value of silage, increases its palatability as well as improves the health of animals, increases daily growth and milk performance. The preparation is composed of appropriately selected homo- and heterofermentative strains of lactic acid bacteria and a starter allowing for their fast multiplication in the ensiled material. The rich composition of the preparation ensures directed fermentation processes in the ensiled mass, fast lowering of the pH of the ensiled material, inhibiting the growth of undesirable butyric acid bacteria, inhibiting the development of moulds and yeasts and increasing the aerobic stability of the silage.

Composition of the preparation

ENSILAGE contains strains of lactic fermentation bacteria. The concentration of bacteria in the preparation is 6×1010 cfu/g preparation (600 thousand bacteria per each gram of ensiled raw material), which is the highest concentration
among preparations of similar application available on the market.

An additional component of the preparation is a starter – a medium enabling quick multiplication of microorganisms forming the composite regardless of the initial conditions resulting from the place of application.

An appropriately selected composition of homo- and heterofermentative strains of lactic acid bacteria is responsible for:

How much to apply of the preparation?

How much to apply of water?

When preparing material for ensiling, apply with an applicator or spray manually the layers on the heap or silo

The shelf life of the working solution is 48 hours, but the best results are obtained up to 24 hours..